New addition to the Butterfly of Singapore - Telicota linna (黑脉长标弄蝶)

Observation
Recently my friend found a 5th instar skipper caterpillar, initially we thought it's just a Telicota besta (most common Telicota sp. found in Singapore) but unlike the usual Telicota sp, the head capsule is black instead of the normal light yellowish-brown with black stripe.

It was not until we bred the skipper to adulthood and "set" for details examination. The result turn out to be surprising and a quick comparison against BMP turn out to be a T. linna.


Early Stages
Larva were collected on a species of bamboo (Gramineae) and bred till adult. The species is uncommon in Peninsular Malaysia, and not recorded in Singapore by the earlier author.
T. linna inhabit lowlands, and prefers open fields, and also occur in urban gardens with bamboo grove.

The larva fold a leaf of host plant with upper surface inwards to form leaf shelter. Pupation take place in the shelter. Pupa is bright orange brown in color and reach 21.5mm. 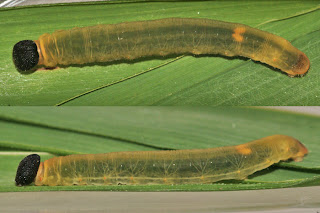 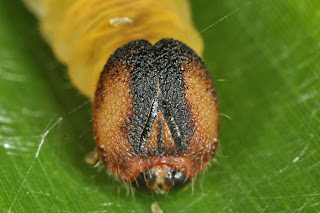 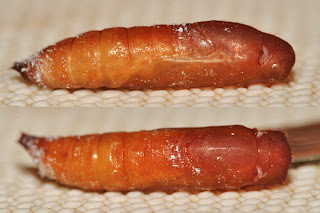 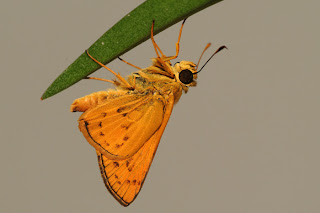 Key for separating the species of Telicota: Larger, forewing 16.5 - 18.0mm. Male valva with terminal process long and curved and shoulder projecting as a sharp, triangular point. 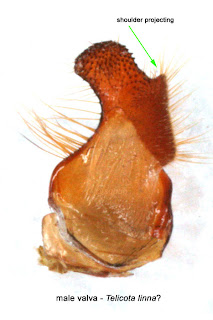 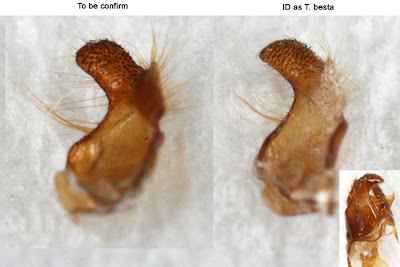 Overview of the male valva of Telicota sp. from "The Butterflies of the Malay Peninsula" 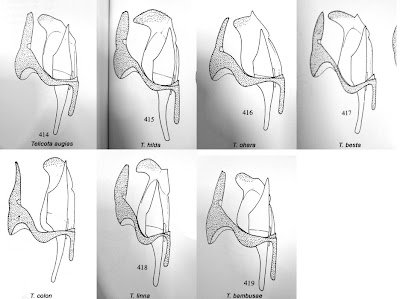