Reference to the earlier posting on the early stage of Telicota linna.

After set & dissecting the genitalia of the skipper in question, and also consulted Dr. Laurence G. Kirton, the skipper were then confirmed as Telicota linna.

The keys used in identification illustrated below: 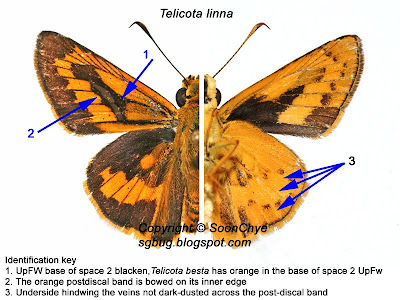 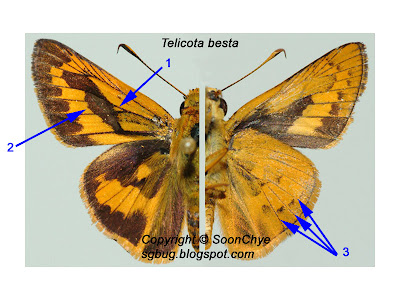