Tagiades japetus atticus (Common Snow Flat) is one of the commonest Flat found in Singapore & Peninsula Malaysia, and frequent from lowlands to low mountains.

In Singapore, this species feed on a species of Dioscorea sp. In Peninsula Malaysia, its also feeds on Disccorea alata (Dioscoreaceae).

Unlike Tagiades gana, eggs are found singly on the upper surface of its host plant mature and young leaf, less than 1 m above group level.

The larva make leaf shelter by cutting a small part of a leaf & folding it. It stays on the upperside of the shelter throughout 1 - 5 instar, even after changing the shelter when it grow bigger.

Final instar larva reach about 35 mm in length. Pupation take place in the shelter, pupa length is about 22 mm. Pupa is greyish with pale orange-pink tint in color, and many dark brown spots. The pupa have the usual triangular white specks at the base & outer margin of forewing. 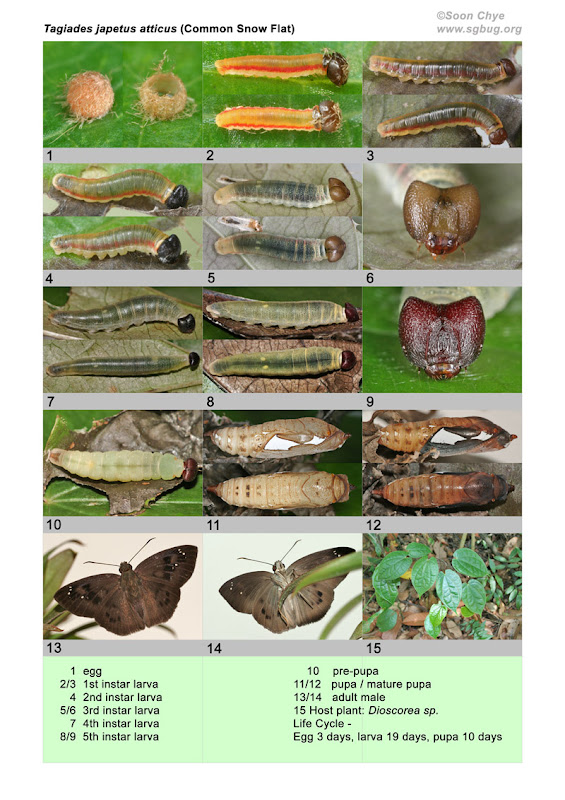