Identifying of the species rely heavily on the male forewing band position versus the 2 radial hyaline spots. The female however, according to several reference, almost impossible to differentiate when compare to P. mathias.

Probably due to small size and difficulties in ID, the species is not in the current Singapore Butterflies Checklist, thus with the discovery, this will be a new addition to the known butterflies fauna in Singapore. 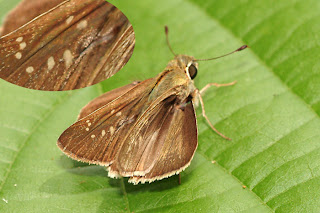 ID key exert from Butterflies of Hong Kong:
On the forewing upperside, a line through the two cell spots projected backwards passes inward towards the midline, in male passing through the lower end of the brand. 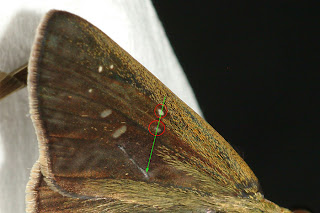 ID key exert from BMP:
- Smaller, forewing less than 20mm. Male upperside forewing with a naroow discal stigma from middle of vein 1b to the spot in space 2.
P. agna (17.5 - 20 mm)
- male upperside forewing lower end of stigma reaches vein 1b slightly closer to the termen than to the wing base. Underside hindwing ochreous without a grey tinge.


ID key illustration:
Male upperside forewing lower end of stigma reaches vein 1b slightly closer to the termen (B) than to the wing base (A). 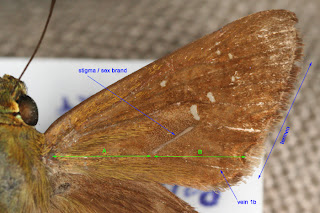 Early stage observation
Larva found at forest fringe in the leaves shelter on Imperata cylindrica (Lalang). The early stage of this species closely resembled of those of P. mathias. Larva hostplant including Panicum maximum (Guinea Grass). 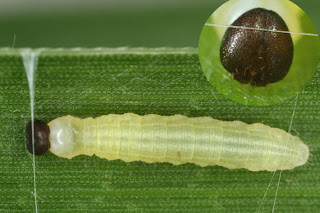 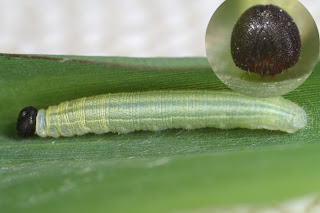 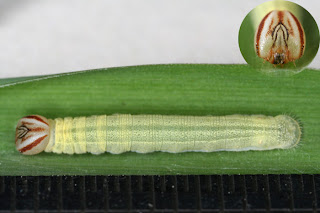 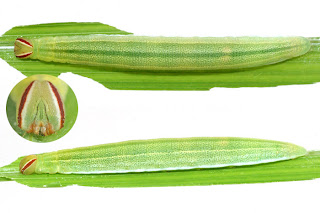 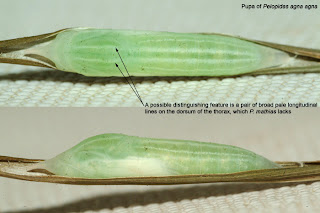 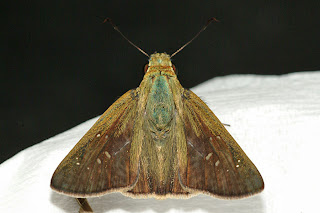 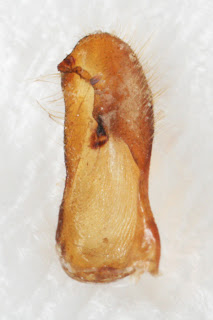