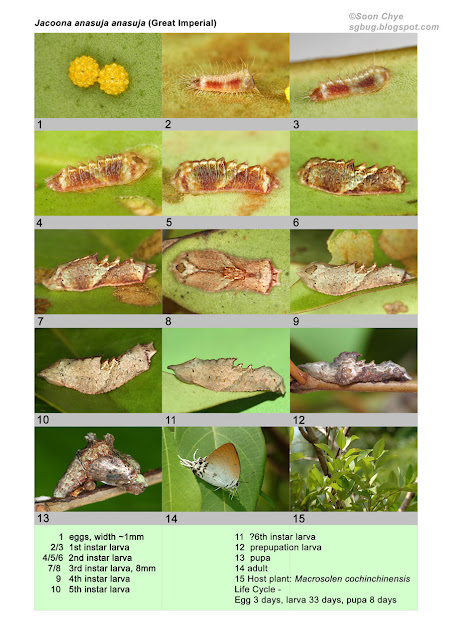 Note: The early stage was recorded as Grand Imperial previously due to mis-identification. 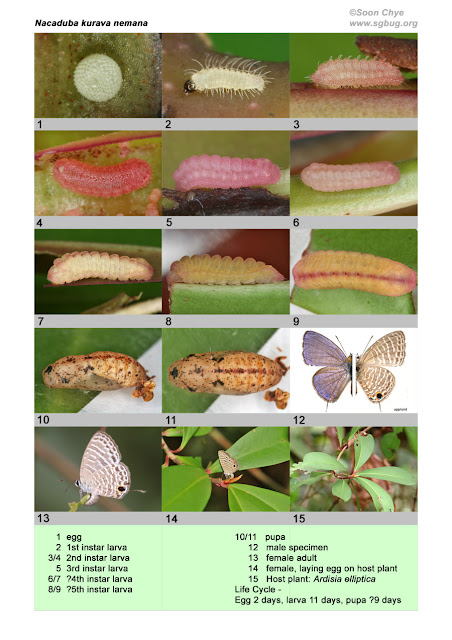 Acknowledgement:
ID corrected as pointed out by Dr. Seow TL, previously recorded as N. calauria.
Posted by Soon Chye at 10:30 AM No comments: 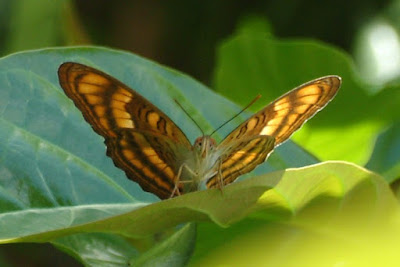 Colonel butterfly is uncommon in Singapore, usually found near to their host plants. Both sexes of the butterfly are looks alike with the brighter orange on male and darker orange on female. The post-discal and sub-marginal band are broader in the female.

The early stage of the Colonel (Pandita sinope) resembled closely to Colour Sergeant (Athyma nefte) and Malay Staff Sergeant (Athyma reta). The three species are likely to be closely related.

The Colonel is the sole representative of the genus.

The host plant is not uncommon and found in several locations in the Central Catchment as well as some well wooded wasteland and parks.

Early stages Description:
Eggs of Colonel are usually laid singly on the tip of the host plant leaf. The entire early stage from egg to adult took about 28 days to complete.

3rd instar larva, frass chain observed at the side of the leaf, where the larva usually rested. The larva head capsule even showing greenish substance, probably the frass sticked to the capsule when the larva constructing the frass chain. 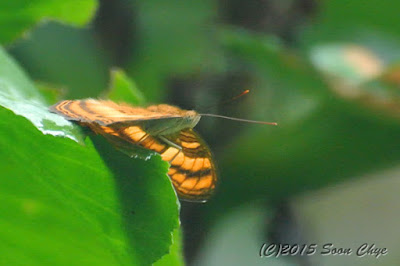 References:
Posted by Soon Chye at 10:00 AM No comments:

Continue on the earlier posting about OpenCV, Deep Learning and Butterfly, the end result we have is a wonderful online service: 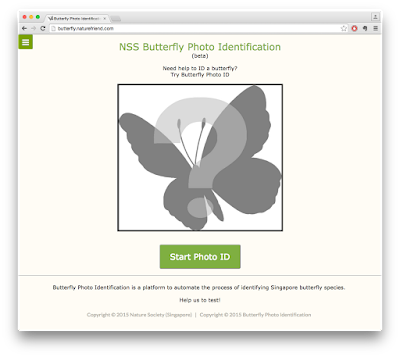 BPI proven to be useful not only to beginner but also amateur and advance butterfly watcher. With the launch of skipper edition, BPI immediately pointed out a new species of Potanthus found locally and that lead to the discovery of the new Potanthus ganda (Ganda Dart) recently.


Special acknowledgement:
BIP would not success without the help of peoples like Gan CW, Anuj, Lena Chow, many of NSS friends, Federick Ho, Dr. Seow TL; Jonathan Crall, Jason Parham and other great developers from IBEIS.


Interesting link:
They are other similar services available online: